Do you pine for something more than presents this holiday season? Perhaps the best gift this year is simply time with family, friends, and your local farmers. Meet Mike & Lisa Beckman, owners of Legacy Farm and 238 Brewing located in the heart of GreenBluff. They offer a great family experience, and you can even get your gift fix there if you want.

Legacy Farm is a four-generation family farm that began as a fruit orchard, and their grandparents who owned it also hosted the Cherry Pickers Trot for years. Although the fruit trees were gone from 1981 to 2004, the legacy wasn’t, as Mike and Lisa took over in 2004. After a little time to find the farm’s new vision, they set their sights on Christmas trees in 2006, and eventually expanded by adding their onsite craft beer brewery. They use these two ventures to give your family not only a great experience throughout the year, but also to give you a host of festive activities for the holidays.

While the day after Thanksgiving has the gloomy name of Black Friday, it’s Preselect Day at Legacy Farm, where you can avoid the crowds in town finding deals on things of little value, and get the real deal with family and friends at the farm. Their Christmas tree season typically runs through the first weekend in December. They offer two ways to preselect a tree: 1) Tag your tree with your name, or 2) Decorate your tree in the field, which can earn you the prize of best decorated tree. Winning this coveted title also means you get your tree for free that year. This also creates a good-spirited competition because to retain your title, you’ll have to defend your tree decorating honor the next year! Even if you don’t win, your Christmas tree purchase includes a beer coupon – still a good deal on a gloomy Black Friday, or any day for that matter! When you’re ready to take home your tree, Mike will gladly pass you the handsaw – no chainsaws. Save the chains for your snow tires. Legacy Farm is “Choose and Cut”, which gives you the added bonus of a bit of exercise to work off that holiday beer…..uh, I mean, to add to the holiday cheer!

After competing in the tree decorating contest, head back to the barn to commemorate your fun with a family photo at the Santa Booth. There is a professional photographer on site who can snap a family photo for a small price, or you can take a photo yourself for free. After the photo, parents and children have even more options to make memories. There are kid’s crafts for making canvas handprint decorations, head-in-the-hole cutouts, and a “Kindness Christmas Tree” for children to decorate by writing an act of kindness and placing it on the tree. By adorning this tree . with an act of kindness, they get kindness in return in the form of a cocoa cup to decorate. Something else that’s cool is the Alphabet Scavenger Hunt. Last year, the clues lead to the Dr. Seuss Tree, which is a Christmas tree that has a permanent home on the farm due to its unique twisted shape; it was decorated with a Christmas Pickle last year! Take the scavenger hunt this year to find out what’s in store this time!

Speaking of “in store”, Lisa also has some amazing sleds for sale. I used to think sleds were for, well, sled riding on cold, snowy days, but Lisa has a way of warming you up to the idea of decorated sleds. That’s right, decorated sleds! Once you see them, it may be hard to ride on one ever again. You can buy a newly decorated sled each year, or you can return your sled from the prior year to be redecorated. They’ll even decorate your personal sled if you bring it to them. Wow! Of course, you can buy the classic wreaths while you’re there too, but make sure you enjoy the ride of a decorated sled this year from Legacy Farm.

When the kid’s crafts are done, and before you head home with your tree, take that beer coupon over to the alehouse for some adult craft time – craft beer time, that is! During the holidays you’ll see the Christmas Story movie playing continuously in the alehouse. Mike even owns a leg lamp and Red Rider BB gun. He’s just missing the bunny suit, which, by the way, he’s desperate to find. Although he’s not hopping in the bunny suit yet, he does have hops in the alehouse. 238 Brewing is a brewery that, in Mike’s words, started as “a sick, twisted hobby that got way out of hand.” Ironically enough, while his brewing hobby may have gotten out of hand, it continues to go from his hands into the hands of happy customers holding a cup of his delicious craft brew creations. While those who are new to craft brew may think it’s a drink for snobs sticking their noses in the air, the only thing reminiscent of a nose with craft brew and the 238 alehouse is their Snozzberry beer, which fills your snozz with a pleasant aroma, like the rest of their craft brews on tap. But don’t stop with the nose. Go past the sniff and take a swig!

The idea of a craft brew isn’t so snooty when you think about it. Just like a chef can make one type of food taste delicious by using different seasonings, cooking techniques, cooking times, or combining it with other foods, so also craft brew is really no more than making a grain taste different by those same concepts. I grew up a “meat and potatoes” guy but eventually discovered that there’s so much more to food than two ingredients. Beer is the same way. There’s a saying in the old west that if you’re a scaredy-cat “You’re yellow.” Well, those who stick to the run-of-the-mill yellow beer without trying craft brews may have already identified their true colors. There’s always room to join the courageous, and 238 Brewing even has a courageous version of your trusty yellow that goes down smooth to your belly without labeling you as “yellow-bellied.”

Mike and Lisa aren’t afraid to benefit more than their own interests in all this either. Each year they have a “benefit beer”, and they use a portion of the proceeds from this beer’s sales to donate to a company or organization. This year’s recipient is ALS.org, and the benefit beer at 238 Brewery is the Eclipse IPA, which debuted on the great eclipse of August 21, 2017. Mike and Lisa believe their legacy is more than just their family farm, trees, and brews. They strive to make a positive impact on their community and see that making a difference in the lives of those around them is their true legacy. Their farm is family friendly, and also dog friendly, but no dogs allowed in the Christmas trees, because nobody wants to take home a tree already marked by Fido. Aside from that, it doesn’t appear that things at Legacy Farm or 238 Brewery are that twisted after all. The only thing that appears twisted on the farm is the Dr. Seuss Tree, and as for the sick part, well, maybe the Christmas Pickle was a bit on the sick side, but overall, these folks have a pretty healthy thing going on, both for themselves and for the community! 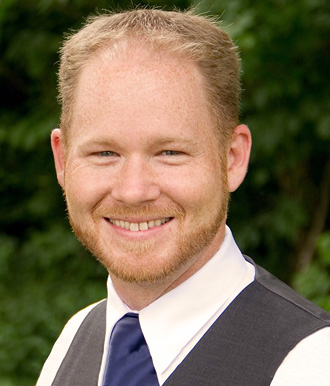